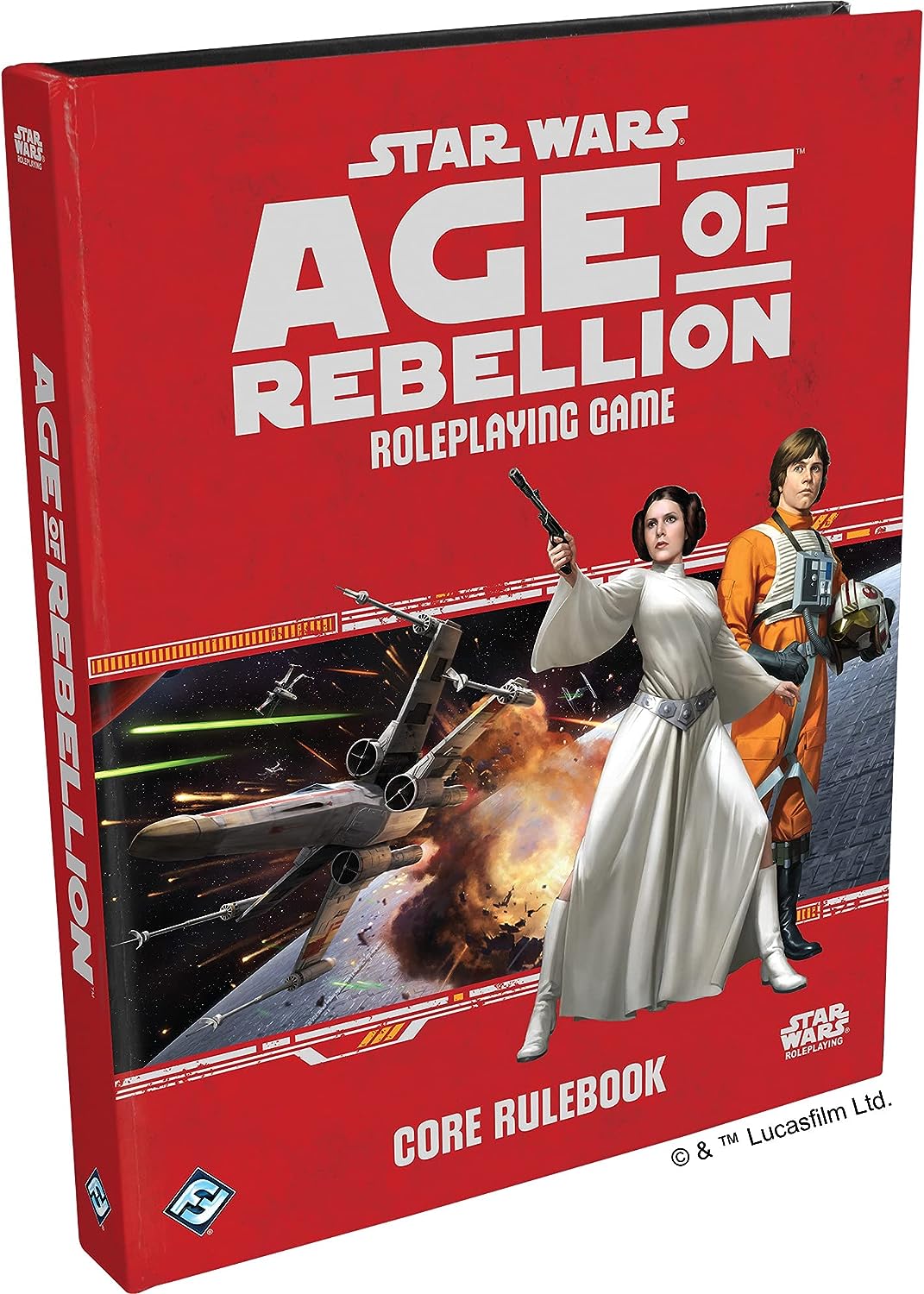 THIS IS A COMPLETE CORE RULEBOOK FOR STAR WARS AGE OF REBELLION ROLEPLAYING GAME. This is not a complete introductory adventure for the Star Wars Age of Rebellion Roleplaying Game.
TAKE ON THE GALACTIC EMPIRE: As a member of the Rebel Alliance, wage guerilla warfare across the Star Wars galaxy as a solider, or provide crucial intelligence to the Rebels as a cunning spy. Face down legions of stormtroopers, steal secret plans and restricted codes, and stay on target in the fight against the ultimate power in the universe.
CORE RULEBOOK: The Star Wars universe is at your fingertips with this 448-page Core Rulebook that includes everything players and GMs need to begin their Star Wars roleplay campaign and a wealth of advice for GMs on how to create and run an Edge of the Empire campaign.
A COMPLETE INTRODUCTORY ADVENTURE: Concise rules allow you to quickly generate and advance all manner of memorable characters. Clear descriptions of the gameâ€™s skills and talents, rules for conflict, combat and Force Sensitive Emergents in an Age of Rebellion campaign and a convenient charts of weapons, gear, devices, starships and vehicles help you launch into action.
NUMBER OF PLAYERS AND AVERAGE PLAYTIME: Star Wars Age of Rebellion is an exciting roleplaying game for adults and kids designed for 2 to 8 players and is suitable for ages 10 and older. The average playtime is approximately one hour.

There are no reviews yet.

Only logged in customers who have purchased this product may leave a review.